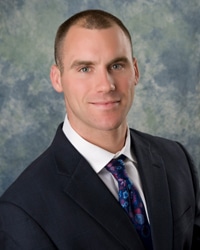 Dr. Tyler Lamson completed his undergraduate studies at Plymouth State University earning a bachelor's degree in Exercise Science in 2006. Following his time at PSU, he obtained the credentials of a certified strength and conditioning specialist (CSCS) from the National Strength and Conditioning Association. In 2007 he enrolled in chiropractic school at New York Chiropractic College in upstate NY. In 2010 he graduated from NYCC at the top of his class with a Doctorate degree in Chiropractic as well as a Masters in Clinical Nutrition. During his training at New York Chiropractic College, Dr. Tyler Lamson was selected for a prestigious clinical internship at the National Naval Medical Center in Bethesda, MD. Here he had the honor of treating our nation's fallen heroes with chiropractic care as well as completing multiple medical rotations such as orthopedics, orthopedic surgery and joint replacement, neurosurgery, pain management, neuromusculoskeletal radiology, physical medicine and rehabilitation. After his training at NNMC he began his chiropractic career as an associate in New York city and then moved on to practice in Haverhill, MA.

Dr. Tyler has a strong passion for pain management and sports medicine. He has worked with athletes of all levels from youth to professional for injury treatment, rehabilitation and prevention. He has also helped athletes increase performance through chiropractic, nutrition and strength and conditioning. He has post graduate training in pain managment and has received a Diplomate in pain management by the American Academy of Pain Management. Dr.Tyler believes in the philosophy of providing evidence based care and doing what's best for the patient to create long term changes instead of just a temporary fix. 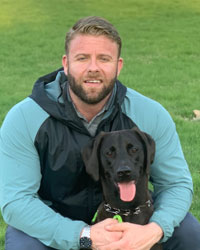 Dr. Kirk Lufkin is from Kensington, NH, but spent several years living all over Colorado, from the Vail Valley to Denver. He was initially groomed into his family construction business, but was always focused on exercise and preventative health. When he decided to move west, he worked as a personal trainer and Crossfit Coach, still knowing he needed to excel further to help his community. It wasn’t until 2013 when a powerlifting related back injury had him sidelined, that he learned just how powerful chiropractic can be. While his story is slightly atypical, he was carried in and walked out. Within months, he moved back to New Hampshire, and decided to become licensed as a massage therapist while working to gain acceptance into chiropractic school. He then received his Bachelor’s degree at Texas Chiropractic College in Human Biology, as well as his Doctorate of Chiropractic. Because of Dr. Kirk’s slightly diverse background, he has a strong understanding for how conditions can form and affect our lives on a daily basis, which carries over into the unique and effective way he treats and educates his patients. He has a passion for the human body and other sciences, powerlifting and bodybuilding, hiking, mountain biking, disc golf, and cooking.

For more information about Seabrook Chiropractic & Rehabilitation Center or to get started on your journey to better health today, contact our chiropractic team in Seabrook NH. We look forward to meeting you!